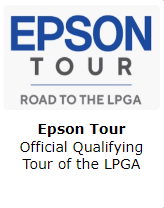 The 72-hole event on The Pete Dye Course at French Lick will be played August 1-7, 2022, and will feature a prize pool of $335,000, the largest purse in the Epson Tour’s 41-year history. The previous record-setting purse ($300,000) on the “Road to the LPGA” was offered by the 2019 Zimmer Biomet Championship hosted by Nancy Lopez at Grand National on the Robert Trent Jones Golf Trail.

“We are grateful to partners like French Lick Resort who fully embrace the ‘Road to the LPGA’ mission of identifying the next generation of LPGA Tour stars,” said Mike Nichols, Chief Business Officer of LPGA Qualifying Tours. “The Pete Dye Course has a tradition of hosting major championship golf. By elevating the tournament experience for the Epson Tour, French Lick Resort sets an example for our current and future partners of how we can ally to support these professional athletes chasing their dreams.”

For years, French Lick Resort has hosted the Epson Tour on the historic Donald Ross Course. It previously hosted the LPGA Championship in 1959 and 1960, and most recently crowned Patty Tavatanakit (Chevron Championship winner) as the Donald Ross Classic winner in 2019.

“French Lick Resort has enjoyed hosting the Epson Tour since 2017, and we are proud to lead the way in elevating this tournament and tour in support of these aspiring LPGA Tour players,” said Dave Harner, Director of Golf at French Lick Resort. “We have a proud history of hosting both major professional and amateur championship golf on both the Donald Ross and Pete Dye courses and are proud to add the French Lick Resort Charity Classic to this legacy in 2022.”

The third and fourth rounds of the French Lick Resort Charity Classic will be featured on live stream, so the Epson Tour experience can be viewed on a global scale. Additionally, the tournament will be designated as the Tour’s flagship event, meaning it will receive the most Rolex Women’s World Golf Rankings points of any tournament throughout the season.